Somewhere in mid-December as I was trying to map out how much holiday shopping I could do this year and what might be able to get for family and loved ones -- and I had this idea to create a Spotify playlist and write a letter for several of my friends who I like to keep in touch with. Not that I wouldn't like to get them actual gifts if I could afford to -- but they're the kind of friendships where reaching out and maintaining contact with something more personal would likely be more appreciated than some absent-mindedly purchased gift cards to restaurants you hope the other person doesn't hate.

But as it always seems to do -- time ran out and I couldn't get it done.

Or to be more specific -- this quick sort of  "Hey here's how things are going in my world right now" note I intended to be this sort of unique thing for my friends to enjoy started out well enough one day at work when I began to type it, but then it quickly exploded into all sorts of backstory and junk that clearly no one would want to endure reading.

Like I got through all this needless exposition and backstory and I realized what I had intended to be an action scene of an Ice Dragon melting a mystical wall had turned into a multi-volumed backstory spread across several entire families of characters and plotlines.

I mean, some folks I hadn't talked to in a long while -- they needed backstory in order to understand what was going on. If you craft pivotal moments without context, how can they have any resonance?

I mean come on, people -- this is a Christmas letter, not a Star Wars script.

On a semi-related note, I just cannot seem to get enough of fanboy bellyaching about the latest Star Wars movie.

For the record, I enjoyed the film. It was a big shift in tone, and some of the delivery was messy (which could be said of any of the movies in that series) -- but I enjoyed watching it.

It certainly didn't enrage me the way it apparently did for others. But in craving discussion about it, which is kinda the whole reason we engage with these sorts of things in the first place -- really the majority of what I've been able to find is the fanboy backlash.

And maaaan are they pissed. 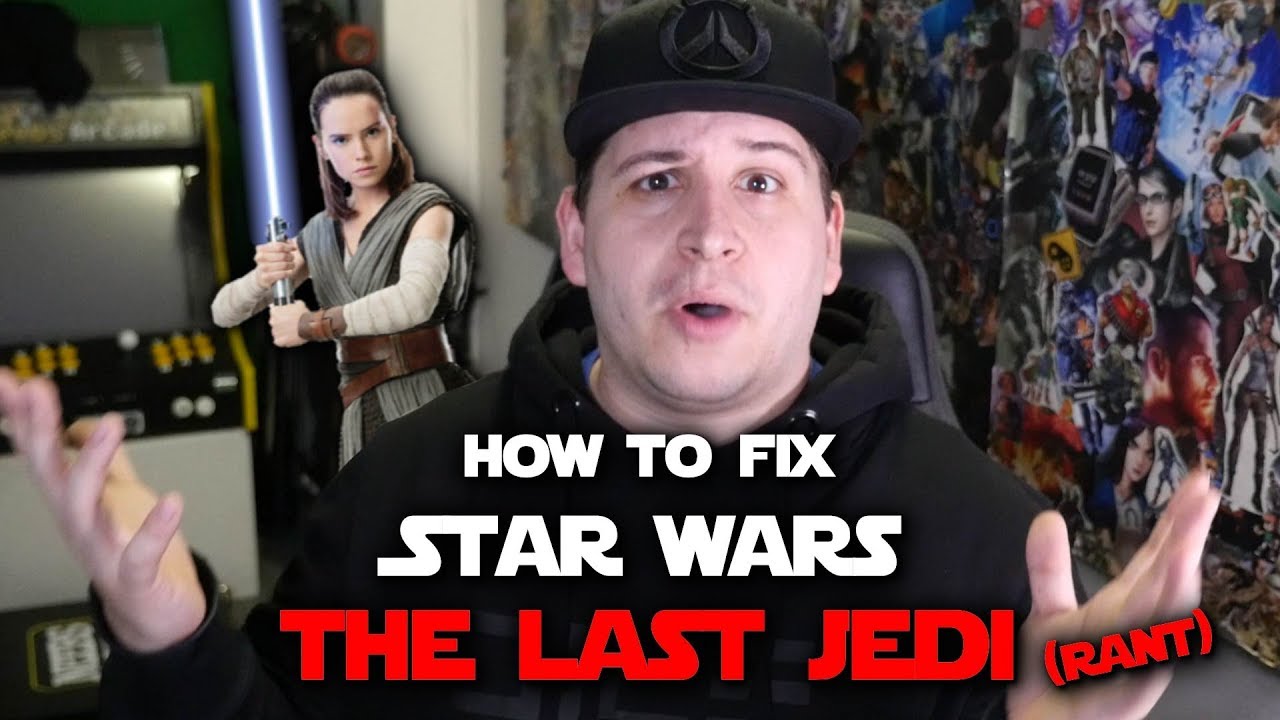 So there are all these movie reviews or youtube rants where they just go on and on and on about everything, and their voices are breaking and you can see the veins popping out of their heads and I guess because I didn't hate the movie I feel weirdly separated from it. Their anger seems either utterly irrational or supremely specific.

If they aren't declaring that Rian Johnson violated their sense of childhood innocence by rejecting the central theme of the franchise then it seems they absolutely cannot get past the whole "no gravity in space so how could they drop bombs on the bad guys?" thing.

But what I've noticed more and more with all these rants is that the longer they are, the more ridiculous they seem. Like eventually the overkill on just how blasphemous they think the movie was just seems to devolve eventually into this sort of breathless rage they seem to not know what to do with. 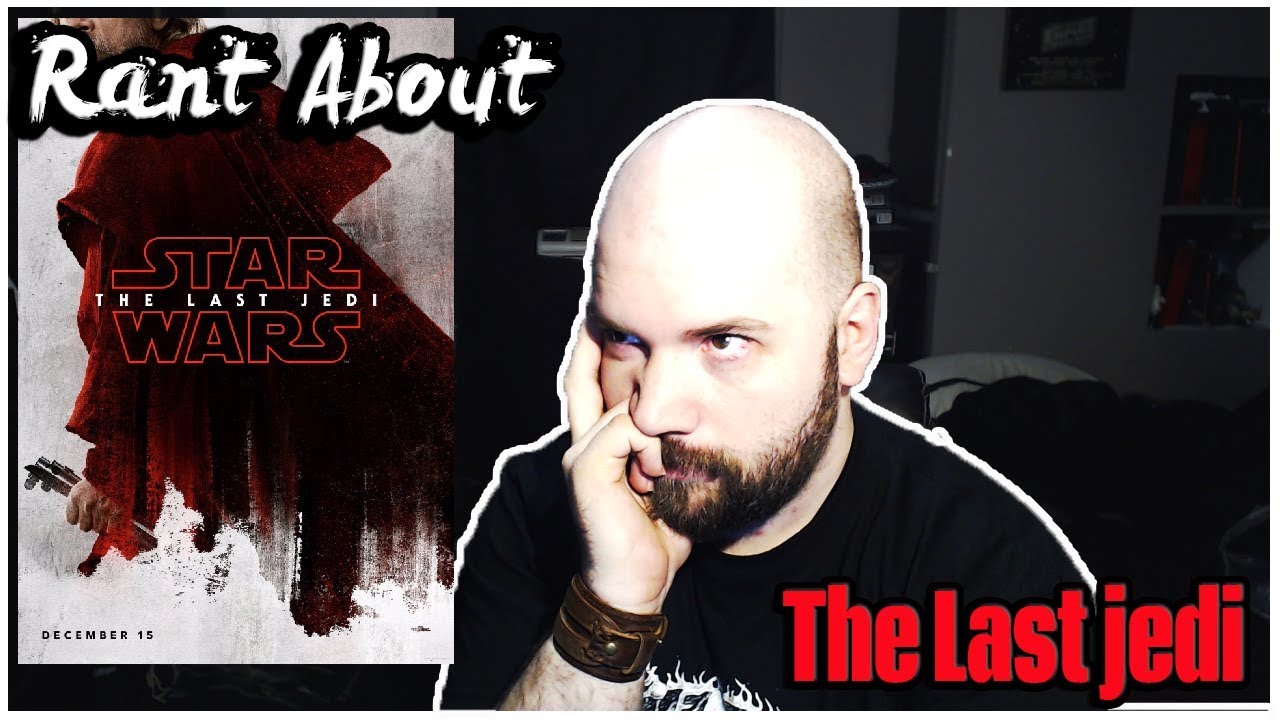 And I get it -- I loathed the prequels, I got all caught up in the delirious rage of wondering how a mapmaker could get lost in Prometheus -- I know just how deep the emotions get when you desperately want something to be meaningful only to see it turning to shit right in front of you for what seems like the smallest and dumbest of reasons.

I think when people are engaged in something deeply, perhaps even emotionally -- they have an expectation that the little details will matter as much to the person handling the delivery of that thing to them, that the person behind the wheel of their movie franchise or their Netflix adaptation or whatever will be invested as much in the universe it inhabits all the way down to the little things as you are. 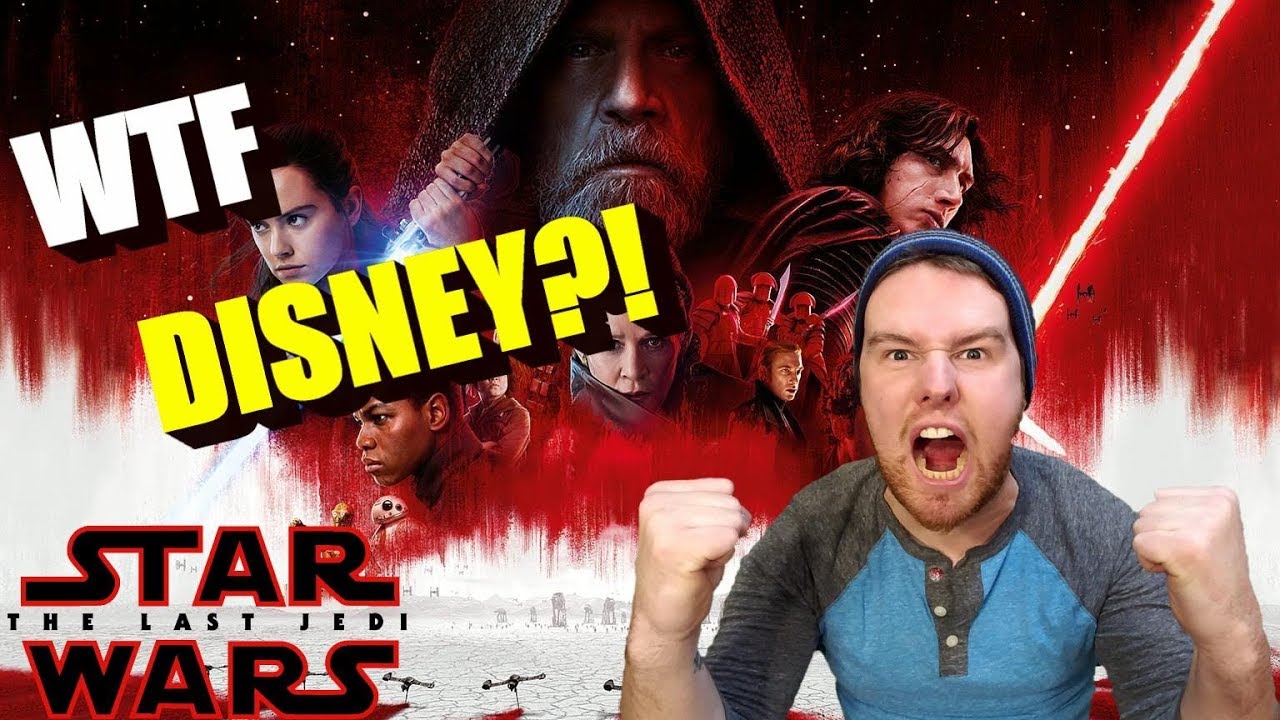 Think about dating relationships or marriages or whatever where your partner hated sports. Or when you wanted them to go shoe shopping with you and they could barely contain their utter eye-rolling contempt for the idea of shopping or the complexities of shoe selection. Where you were suddenly feeling like you had to justify something so utterly basic to the person who you had always counted on to have your back regardless of the subject?

And yet, is it actually better if the person you're with feigns interest in shoe shopping just for your emotional benefit? Where your spouse watches sports with you but clearly doesn't know what's going on, or asks endless questions, or whatever?

That feeling -- that sort of frustrated need for someone to understand and genuinely share in your excitement for something you love or anger at something that disappointed you I think is a driving force in our culture lately. 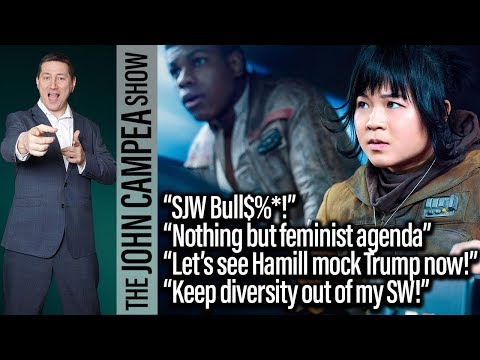 I suspect we've reached a point in this sort of expanded communication/social networking/political opinions as personality traits paradigm where people are so hungry for clarity that it seems like literally EVERYTHING has to fall into some sort of binary declaration of good or evil -- and these divisions that arise from it are killing us.

A movie isn't simply bad anymore -- it was ruined by SJWs.

But that's sort of the thing, isn't it? I mean it would be easy I think to toss blame at one side of the cultural/political divide and say that "that's what they always do" or "this is how they divide us" but the truth of the matter is that lately we all kinda do it.

And look I totally get it --

- If a circular spaceship starts rolling towards you, only an idiot would run in a straight line.
- If you're suddenly able to use the force -- then your parents have to be someone important.
- The only way Trump could become President is if all the people who voted for him are racist. 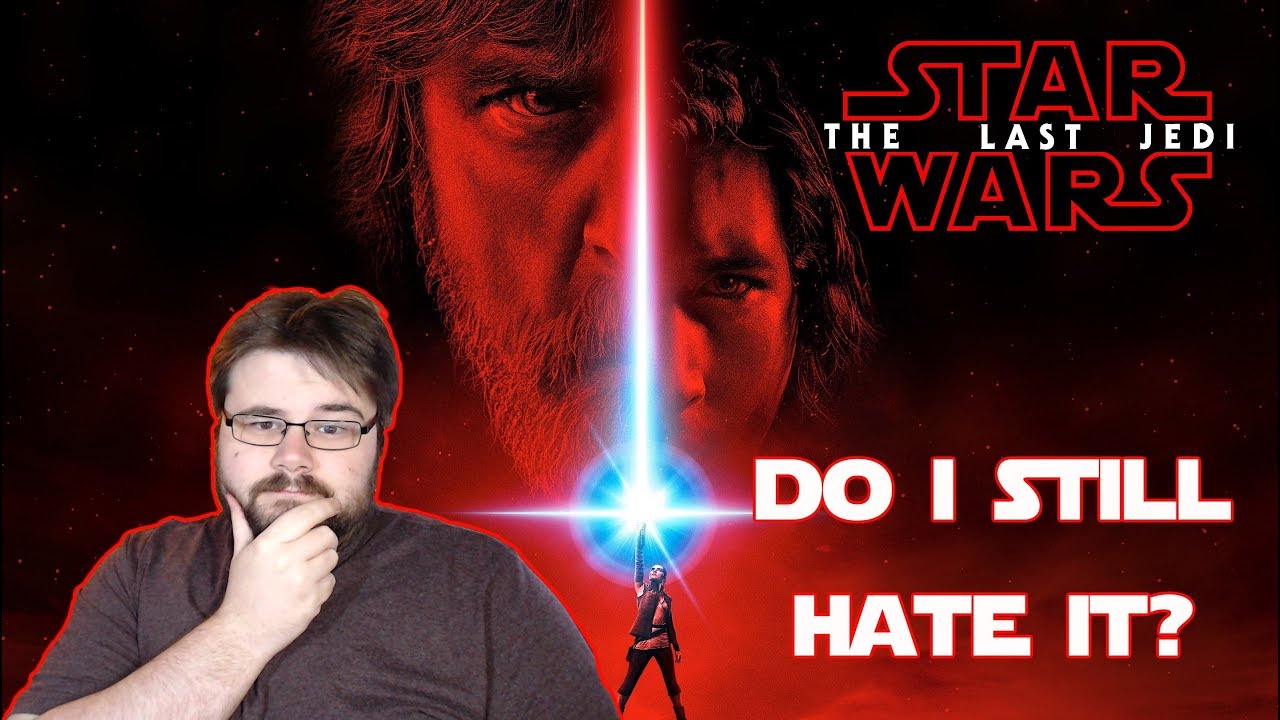 It seems like the only way we can talk anymore is in drawing these hard lines. Or maybe it's better to say that in the social networky forums where we mostly communicate anymore, you're almost compelled anymore to make declarations. To take a side and challenge others to agree with you with a like or standoff against you with a comment.

Of course, nothing is more tired on the internet than some old guy complaining about the death of nuance -- but I am starting to wonder if this lean towards declaration and the emotional aftereffects of the binaries that it creates aren't having some sort of gradual effect on the way we perceive the world around us.

With the way things are now in politics and entertainment and media, it kinda feels like everyone's angrier these days. And I guess the real question is -- how do we come back from that?

Now that we've all been swept out into the vacuum of space which would seemingly kill us all instantly, but there's more story left to tell...

I MEAN, WE WERE ALL WATCHING THE SAME MOVIE, RIGHT?

Funniest Thing I Saw This Weekend

Outside of the Broncos defensive effort against Kansas City, of course.. You know what I wonder though? It's pretty common knowledge that Richard Gere is a Buddhist and spends a lot of time with the Dalai Lama, which you know -- whatever; if that's your chosen faith and you have the chance to keep a regular audience with your spiritual mentor, why wouldn't you take advantage of it?

But at the same time, The Dalai Lama is still a guy -- so I find it hard to imagine that even he would really want to skip out on a weekend of football to sit through like a movie like this.

But if you're the recognized leader of the Buddhist faith, and above all that sort of a Broseph (whether it's by choice or obligation) is this the sort of thing you can really get out of? In other words, if Richard Gere is moving to a new apartment and needs someone to help him schlep couches and bookshelves up the stairs --The Dalai Lama's kinda stuck, right?Not that you ever want to jake your best… 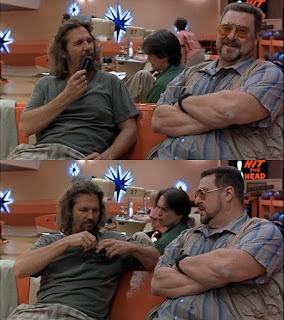 A number of years back I took the plunge and bought my first Fitbit. It was that big bulky bracelet version with the band that would wear out every few months, but I couldn't wait to get my hands on it. Partially out of a desire to lose weight, but maybe even more because of that "new toy" factor that I think all marketers bake into the presentation of the kinds of gadgets and stuff designed to work its way into your life and help make it more convenient.

I haven't taken the dive on Alexa or Google Home yet, but there is no doubt that those things look goddamn cool.

Yes --Tony Stark's Iron Man suit fights crime and saves the world, but I think the thing we all really take away from those movies is a burning desire to have our own snarky yet unquestionably obedient AI who will literally do and build anything you might need based on casual conversations you have with them while you're walking around your apartment.


Unfortunately, from what I can tell -- the re…

Pretty much the reason why I've never seriously considered pursuing a career as a game show host.
[Listening to: The Clash, "Rudie Can't Fail"]